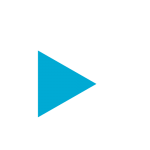 On March 4th, Greg Archimandritis from InterMediaKT was “behind” Sinradio.gr’s microphones with Dimitra Alexandrakou and talked about the actions of the past few months as well as those that followed.

Some of the topics mentioned on air: